A few years ago I went on a mechanical keyboard buying spree. Among the keyboards that I purchased were two Macally MK-96s. I got them from an eBay seller for around $15 USD apiece. I gave one of them away to a friend and the other one remained unused in its box until a few months ago. 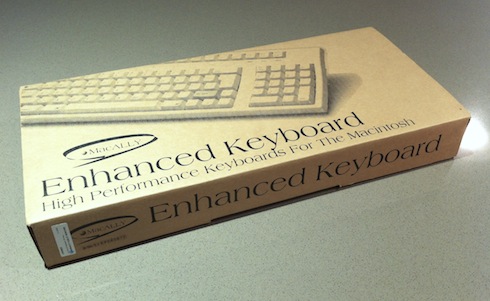 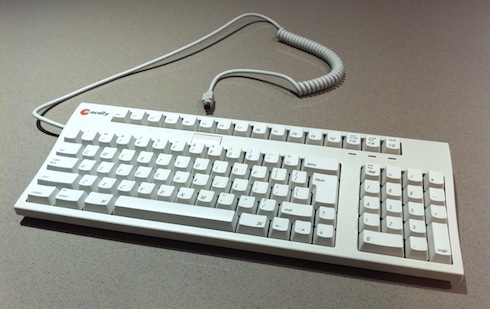 The MK-96 is an old Macintosh keyboard that is no longer made. I like that is is fairly compact. The small footprint is achieved by omitting the Insert/Delete, Home/End, Page Up/Page Down cluster, and by moving the arrow keys to the main section of the board. It’s a different philosophy from the tenkeyless design. The latter foregoes the numeric keypad while keeping the rest of the board standard. As a programmer, I rarely use the numeric keypad. So I prefer the tenkeyless design. If you want a compact keyboard and use the numeric keypad a lot, you might like the MK-96 approach better.

The keyboard uses the old Mac ADB connector and you need an ADB to USB adapter to use it with modern computers. I only got around to purchasing an iMate adapter a few months ago, which is why the keyboard remained unused until then. 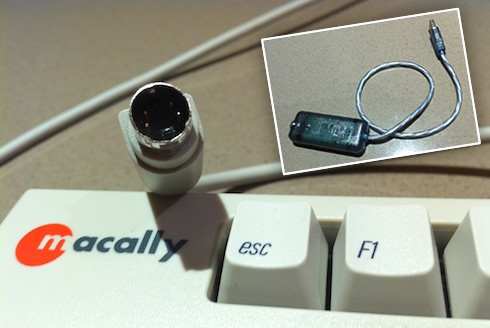 So, what’s so special about this keyboard? In a word – ALPS. Pop a few keycaps off and this is what we see. 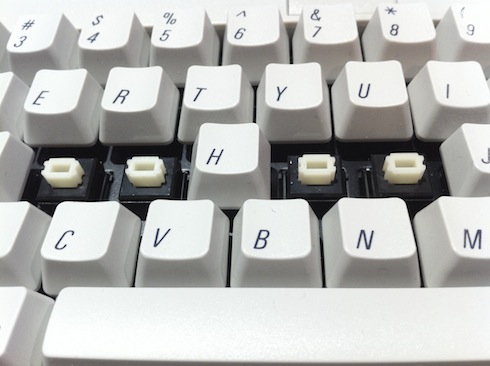 The first issue that I faced was the arrow keys layout. The MK-96 has them in an L shaped cluster instead of the now standard inverted T. Luckily I use hjkl to move around in Vim and I was able to ease into the layout without getting overly frustrated.

The next thing that kept tripping me over was the fact that the keycap nubs are on K and D instead of F and J. This again is non standard, and it makes it harder for me to correctly position my fingers over the home row. Since I find the home row by feel, I switched the caps around for these keys. 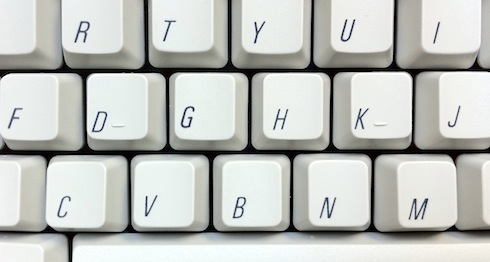 Another drawback is the position of the Esc key. On the MK-96, Esc is not placed directly above the ` key. Instead, it is placed above the 2 key, and that messes with my muscle memory when I’m using Vim. It’s driven me to finally bind kj to enter normal mode.

I use the Ctrl key a lot for window management in tmux and Vim. When setting up a new keyboard, one of the first things that I do is bind Ctrl to Caps Lock. I went ahead and did this with the MK-96. However, I quickly noticed a problem. When I held down the Caps Lock, and pressed another key multiple times, only the first key press was registered. For example, I’d hold down Caps Lock and press E multiple times to scroll down in Vim, and I would only be able to scroll down one line. In order to scroll down again, I had to release the Caps Lock and start over. This quickly became annoying.

This was a deal breaker and made the keyboard unusable for me. Something had to be done. I grabbed a screwdriver and off came the case. 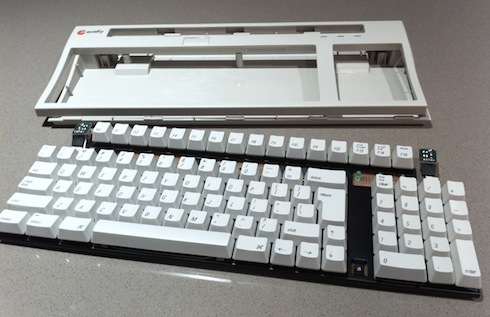 I turned the keyboard over and looked for the location on the PCB where the Caps Lock was soldered. If I scratched off the connections to the Caps Lock, it would prevent the keyboard from registering Caps when it was depressed. I would then be able to rewire the key switch to Ctrl. 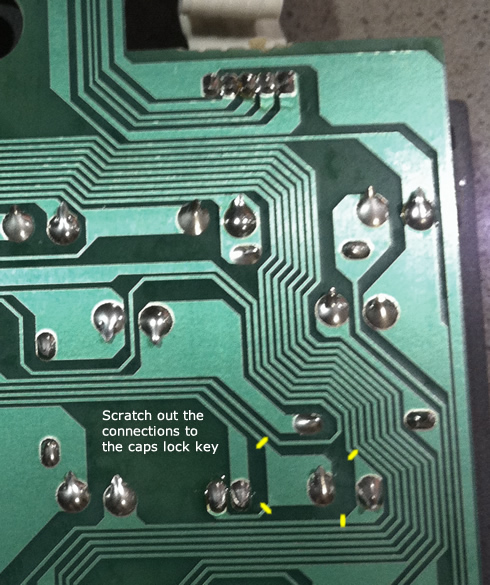 I grabbed a pointy tool and scratched away at the PCB until the connections were cut of. I was not pretty but hey, it worked! I then rewired Caps Lock in parallel to the Ctrl key. As you can see, my soldering skills are pretty crap! 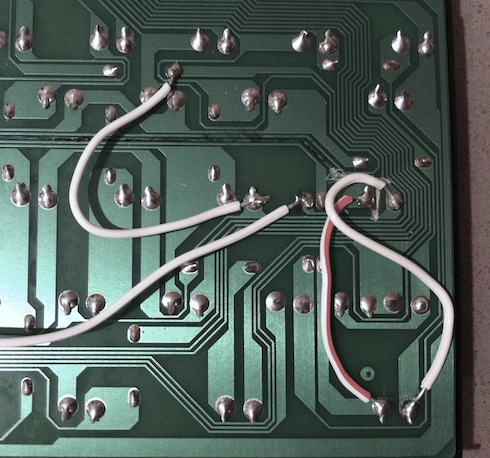 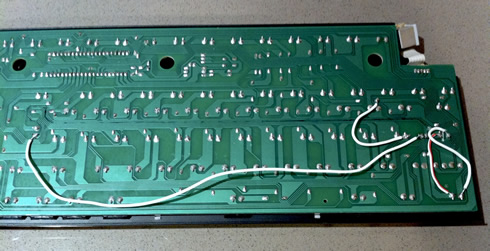 Finally, I connected the keyboard back to the computer to test it out. Success! I now had a keyboard I could live with.

So, is the MK-96 my daily driver? Sadly, no. My current favourite white ALPS keyboard is a SIIG Minitouch, which I’m using at work. The SIIG is more compact, has a sane arrow keys layout, and the Esc key is where I expect it to be. However, it is still fun to whip out the Macally once in a while.

Further reading: There's a lot of information on various keyboards and key switch technologies at geekhack. Check out the wiki, starting with the mechanical keyboard guide.